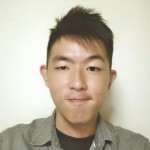 ELVIS assists NUS students to download files from the IVLE workspaces. It provides offline access to resources on student's local machine. ELVIS is available in Windows, Linux and MacOS. This application is still work in progress.

I made this application as an experiemental project for learning Kotlin Language. It turns out to be quite useful for my own use and so I decided share it among my friends. Future iteration can include features such as background synchronization, selective download and loggings.

This project has been accepted into NUSHackers Code repository. You can find it at http://code.nushackers.org/projects.

Bubble Mania is the first game I've ever created. It is the standard project in first six weeks of CS3217. The language used is Swift for iOS. I find Swift is pretty easy to pick up as it shares similar modern syntax as Kotlin. This project showcase various data structures and design patterns I implemented to make the code more maintainable. Most of my classmates uses Graph data structure to implement the bubbles position but I uses Hexagon packing instead. Interestingly, algorithms such as DFS/BFS, Shortest Path can still be applied using mathematical vectors. It was a really fun project to explore on!

My team also pitched to NUS Library Board to develop a native iOS prototype app to allow students browse the library book easily. I provided the overall UI/UX design and implemented the API to fetch the dummy data from NUS server. The design inspiration comes from Apple AppStore itself.

NUSLib also won the award for STePs in CS3217 category.

Archery! When I hit the bullseye.

Pretend you didn't see the outlier.

It's harder to draw than you think it is.